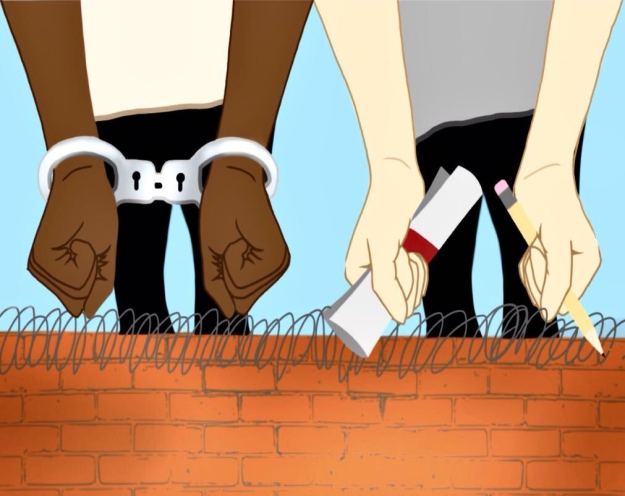 There is a consensus among students of color that we must act more “normal”—meaning white—when we’re around student resource officers (SROs) compared to our white counterparts. We wonder: Will they consider us suspects due to our differing features? Will our efforts to capture a white society’s concept of normalcy be enough as we scurry past?

“Why are you afraid of the police?” supporters of SROs ask, bewildered. But bewilderment is the child of ignorance. The question suggests apathy, ignorance, and disregard for students who have faced encounters with the brutality of SROs.

To ask such a question in a time of an uprising against systems of oppression requires the ability to turn away from something others have been forced to face their entire lives—it requires privilege. It’s easy to get entangled in a rose-colored world, oblivious to the way our fears heighten around SROs, because this obliviousness is not a new problem.

To understand why the SRO system disproportionately impacts students of color, we must address its origins. According to the ACLU, SROs first appeared in the wake of school desegregation, after “white community members argued that … a lack of discipline among Black children would bring disorder to white schools.” After the Columbine school shooting, more schools began to assign SROs in hopes of preventing similar tragedies. However, police in schools became concentrated in low-income neighborhoods of color, letting minority students face higher rates of punishment.

Police provide protection, but they are not the protectors of minorities. They protect the systems that harm us. Schools where SROs enforce zero-tolerance policies criminalize trivial behaviors, pushing students towards the school-to-prison pipeline.

Who are the children most impacted by the school-to-prison pipeline? Students with learning disabilities or histories of poverty, abuse, or neglect. As low-income neighborhoods of color continue to use SROs, schools rely more on police. In a way, student resource officers become walking gateways to the pipeline as schools begin to give up on students.

Supporters of SRO programs often bring up a fear of school shootings to justify police presence in schools. However, there is no substantial research that proves SROs improve the safety of schools. What the data have shown is the disproportionate impact of SROs on students of color.

Safety does not come from armed individuals working for a historically racist system. If you believe that, re-evaluate what you perceive as safety. I can assure you that safety for you does not mean safety for all.