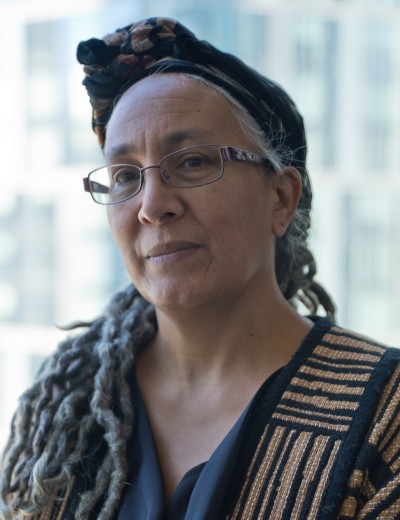 A natural opening for this story might have been focused on an individual, a relatable human being who was assisted by a mutual aid fund. But focusing on just one person would defeat the purpose of looking at a cooperative economic initiative.

Jessica Gordon Nembhard, an economics professor at John Jay College specializing in community-based approaches to justice, views mutual aid funds as precursors to cooperative economic systems. The difference? Mutual aid funds have been practiced by “every population in the world … continuously,” she said.

Nembhard describes mutual aid funds as informal collections of money that are distributed to the community based on need. Each member of the group contributes through dues, with people designated to oversee the fund. They are usually specialized for specific circumstances, such as to pay health care bills or to plan funerals. The story of these grassroots programs spans generations, and continues to subvert traditional economic norms to provide opportunities to members of historically disenfranchised groups.

A major reason why, according to Nembhard, is because productivity threatens the system. “If we show this system works well, why would you want to exist in a capitalist society?” Nembhard asked.

Now, young Black activists are picking up the gauntlet thrown down by their predecessors.

A 2017 Princeton graduate, Armon founded the organization For The Gworls, which raises money for Black trans people for rent and gender-affirmation surgeries. Their method for fundraising is throwing rent parties that generate revenue. In this sense, For The Gworls is a textbook mutual aid fund, one that focuses on a specific problem faced by minority residents in New York. Armon receives applications for aid and accepts everyone who fits within the scope of the organization.

However, Armon is adamant about preserving solidarity within the organization, a guiding principle which differentiates it from the non- profit industrial complex. “I don’t want to play into that,” Armon said, referencing non-profit organizations that attempt to ensure the fiscal responsibility of those to whom they provide funding. Instead, they trust the word of those who apply for assistance. Armon’s goal is to grow For The Gworls, but only in a sustainable way that ensures a community, people-centered approach.

With a pandemic and protests for racial equality raging throughout the United States, many people view mutual aid funds as a way to contribute to improving their community. “We got this boost [in fun- draising] in June,” Armon said, when protests and recent killings of Black Americans pressured many to consider their values. Now they hope the donations will continue throughout the year, as racism is an ongoing, systemic issue. 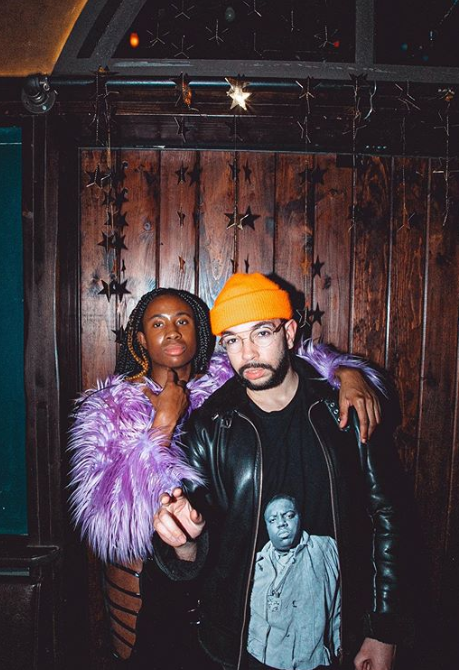 Asanni Armon did not know what to do when their two friends were facing eviction in late June 2019. With roommates of their own, Armon had no room to house additional people, so in an effort to help their struggling friends, they devised a collective way to provide immediate assistance.

Pooling resources, Armon put together a 4th of July party that required a fee of five dollars to enter. The money would then go directly to Armon’s friends, all of whom are Black and transgender. “The rest was history,” Armon said.

Armon’s strategy of hosting New York City ‘rent parties’ to raise funds to put directly into struggling Black trans people’s pockets continued to take place well after their July 4th occasion. Armon’s initial party led to the creation of the For the Gworls fund, an assistance program that fundraises money for rent and gender- affirming surgery.

For the Gworls is an example of mutual aid funding, a method of collectively raising money or pooling resources for the benefit of a community. Mutual aid funds are often relief efforts that take place after a sudden natural disaster, and focus on collecting resources such as water after an earthquake or masks during a pandemic.

Mutual aid has been predominantly used by marginalized groups to address and alleviate ongoing social needs. The Black Panther Party’s Survival Programs, for example, provided services such as free breakfast for children, and funded community health clinics to combat socioeconomic disparities in the Black community.

Jessica Gordon Nembhard, professor at John Jay College, specializes in community economics and says that collective efforts like For the Gworls often come about from mainstream society’s neglect of marginalized groups. “The reason why most people start cooperatives … is because whatever was the norm, the mainstream, wasn’t doing what was needed,” Nembhard said.

A r m o n founded the For the Gworls mutual aid fund after facing discrimination in the workplace because, to their knowledge, there was no sustainable form of assistance for Black trans people. “When I started this last year, there was nobody else in New York doing this work,” Armon said. “People had been crowdfunding for individuals… but it was never a sustained effort.”

Unlike charities, nonprofit organizations, or other forms of assistance, For the Gworls puts money directly into recipients’ pockets with little to no follow-up because their main purpose is to help struggling Black trans people, and not to provide care with strict stipulations. “We should be trying to move away from that and move towards just radically caring about someone,” Armon said.

Mutual aid is also dissimilar from other methods of fundraising due to its collective and collaborative nature, historically forming out of a collective feeling of frustration due to economic discrimination and segregation. “It’s the racism, it’s the economic discrimination … in almost every case African-American people were excluded from something or marginalized by something,” Gordon Nembhard said. “A lot of the housing co-ops started because African-Americans couldn’t get access to housing.”

Instead of operating as a stringent corporation, mutual aid goes against capitalism and involves a community coming together and solving immediate problems to remedy each other’s needs. “Mutual aid to me is, at its core, very anti-capitalist,” Armon said.

The rise of COVID-19 has disrupted the Gworls’ rent parties, but Armon continues to crowdfund on social media, garnering the attention of several mainstream celebrities. COVID-19 and the resurgence of the Black Lives Matter movement in June have also led to a host of other mutual aid funds being created to address community issues.

But for Armon, the sole existence of mutual aid highlights a society’s failure to provide resources to all of its members. Until Black trans people are provided the same protections and support as others, Armon will continue to run For the Gworls to help their community.