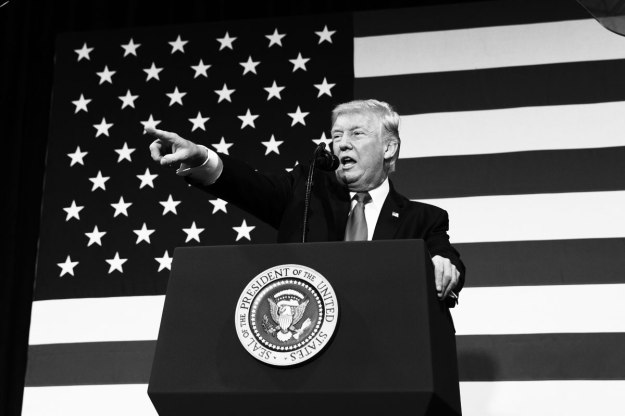 Several local residents were skeptical that a Democratic challenger will be able to defeat President Trump. Photo Credit: Courtesy of the White House

Sam knows who he’s voting for in 2020—anyone but President Trump.

“Trump doesn’t have anything in his head,” the 48-year-old Princeton resident said. “He cut taxes from us even though he himself doesn’t pay taxes, and most importantly he is racist.”

Sam’s views are similar to those of several Princeton residents interviewed this month by The Princeton Summer Journal. Tom Goursen, 69, is unsure which of the many Democratic Party candidates should get his vote in the upcoming presidential election. But even though he’s voted for several Republican presidents, such as Richard Nixon and Ronald Reagan, he won’t be supporting the incumbent. “[Trump] is not capable,” he said. “I would rather vote [for] you than him.”

Many feel Joe Biden is the best option for the Democrats. For example, 45-year-old Add Henderson said, “Joe Biden is more electable, I like his points.” Patrick, a Democrat, echoed Henderson: “Joe Biden is a better candidate to defeat Trump,” he said. But, he said, any of the Democratic candidates would be more capable than Trump as president.

Additionally, residents think it is more important to defeat Trump than to choose between the particular candidates. Jimmy, a 64-year-old who lives in Trenton, said, it “doesn’t matter who is elected, as long as it’s someone who does their job, because Trump is not doing his job. He is just taking all the credit for what Obama did.”

Not only are residents dissatisfied with Trump’s job performance, they are also outraged at Trump’s morality. “He is evil,” Patrick said. “I do not like him.”

Despite the majority of respondents hoping to vote for a Democratic candidate to defeat Trump, however, some Democrats still doubt if someone from their party can defeat him. Mostly, though, Princetonians seem to believe the United States deserves a better president—not a president like Donald Trump.